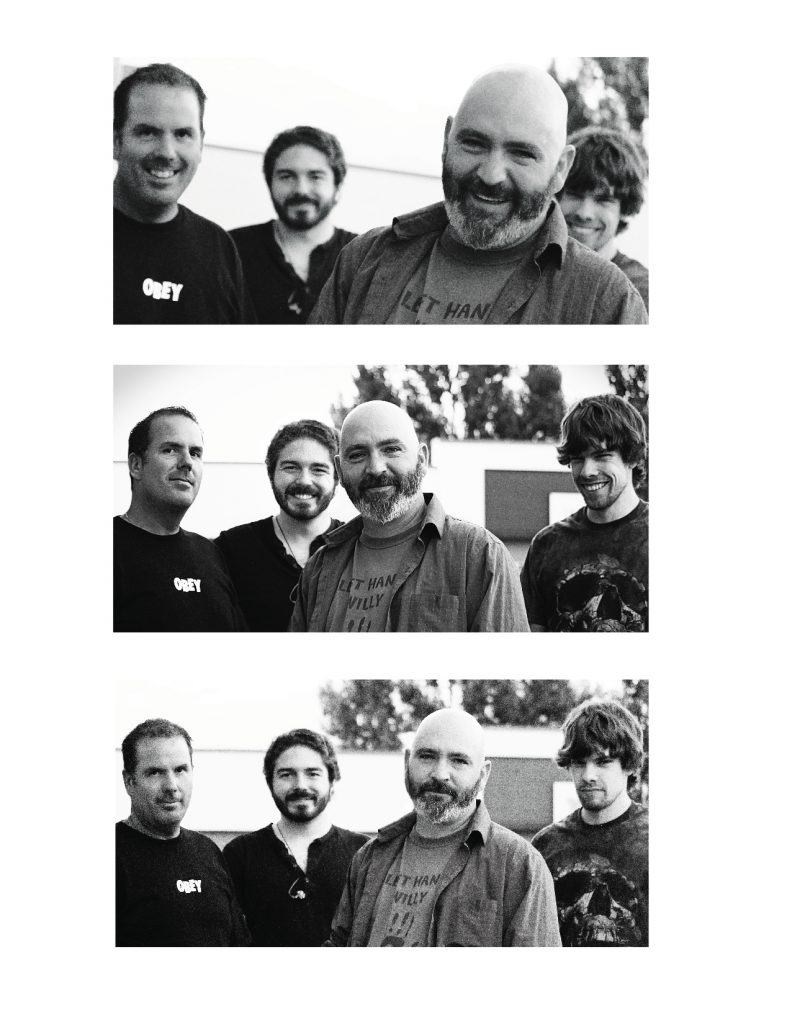 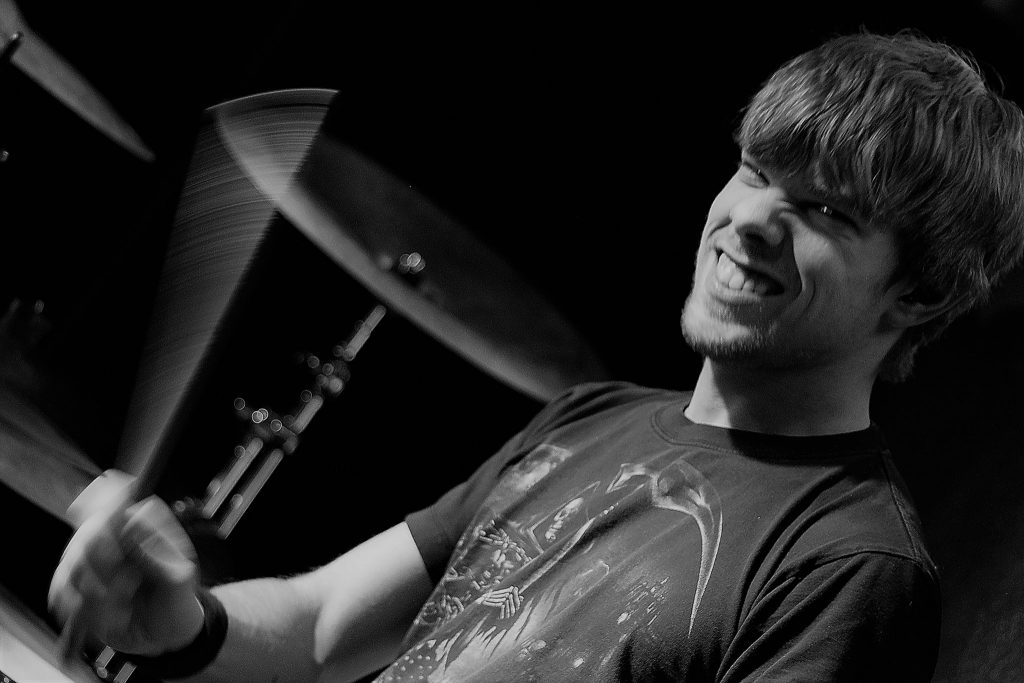 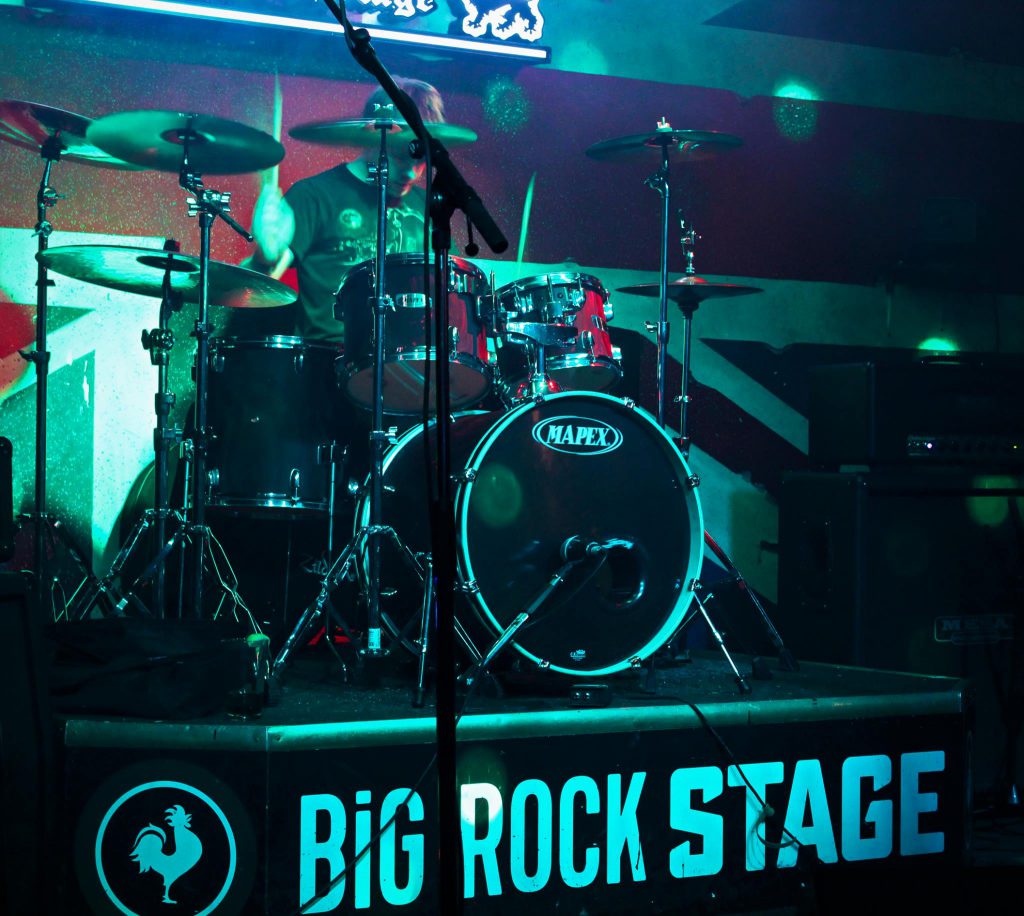 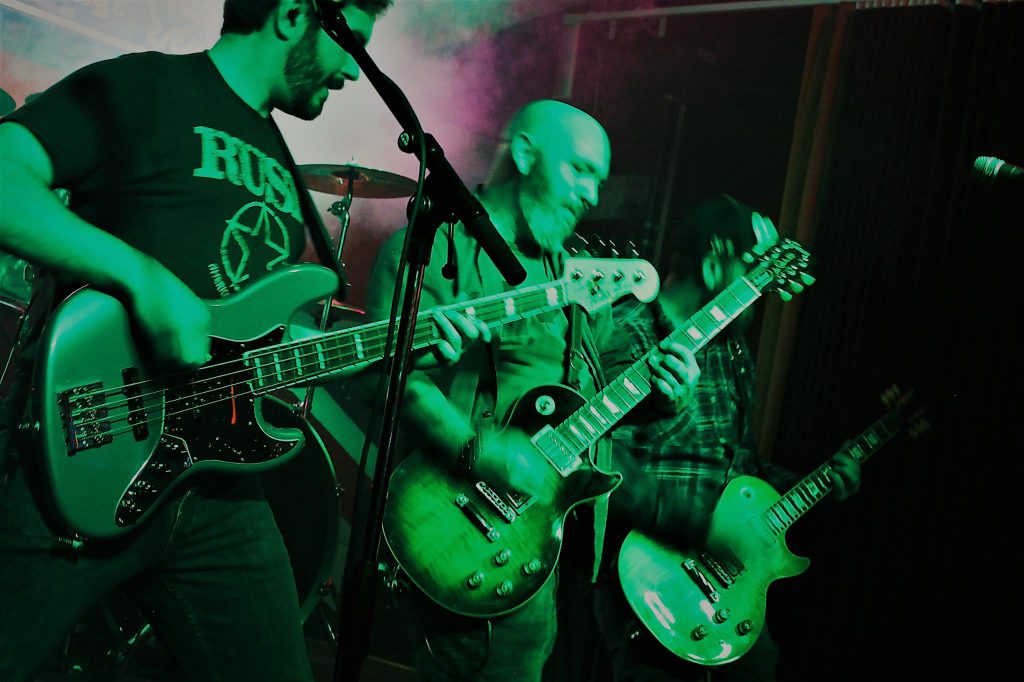 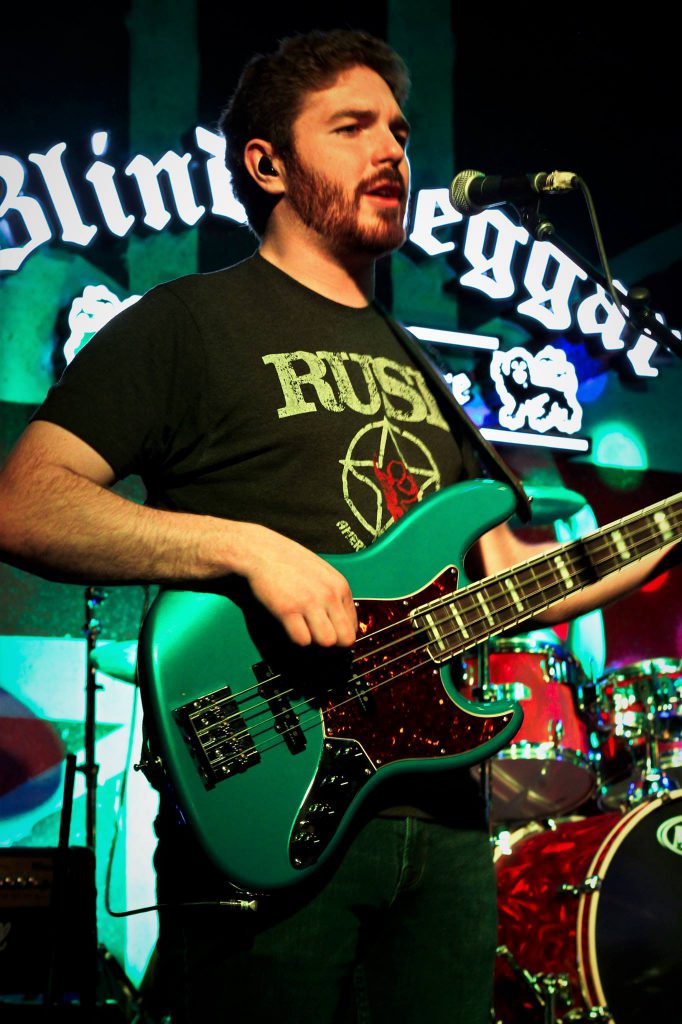 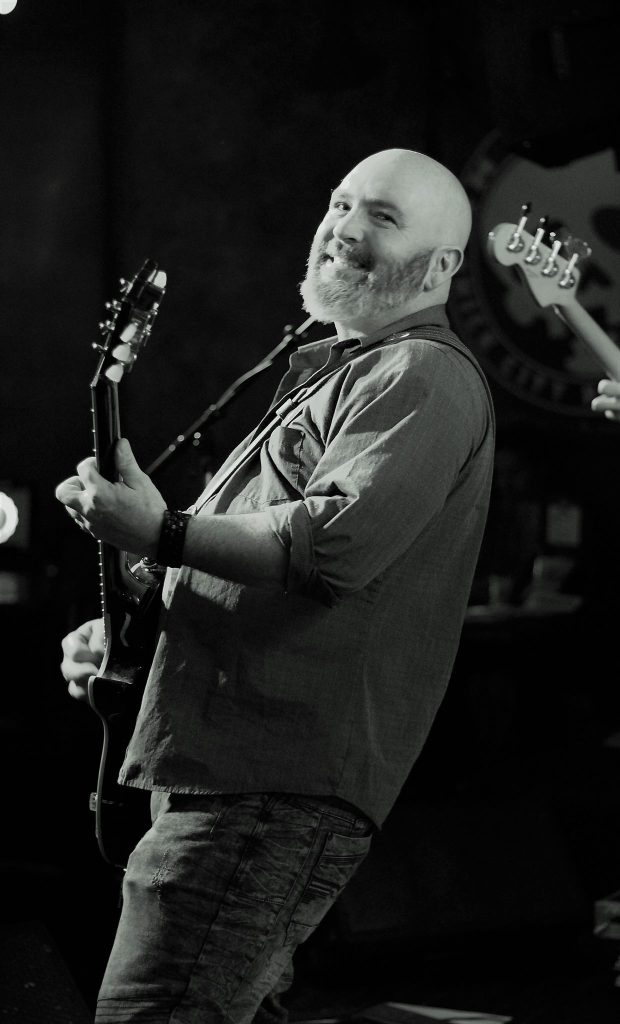 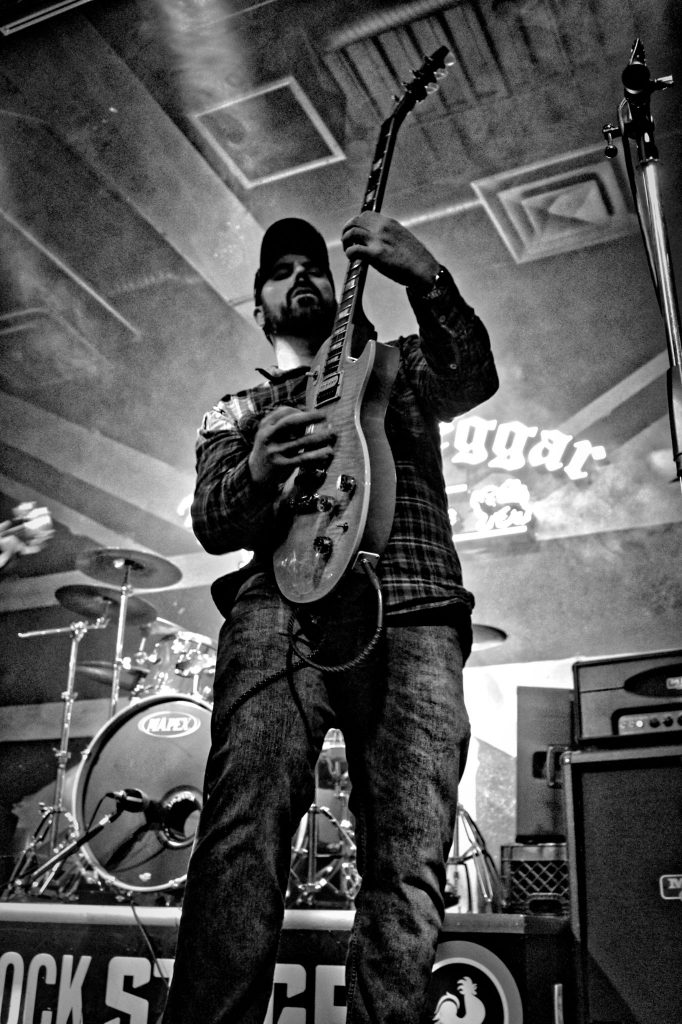 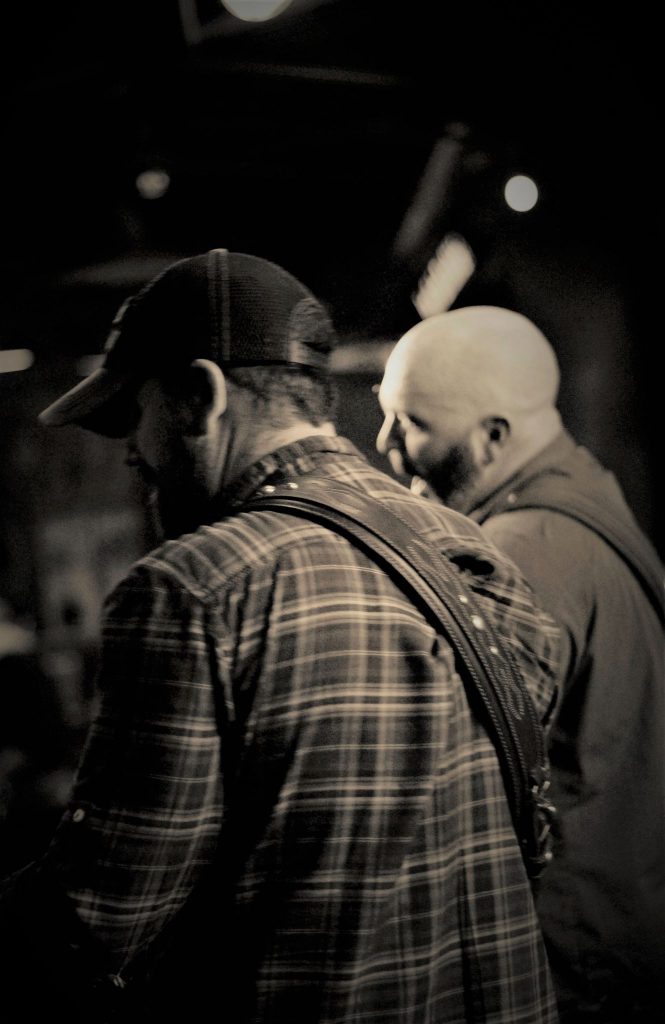 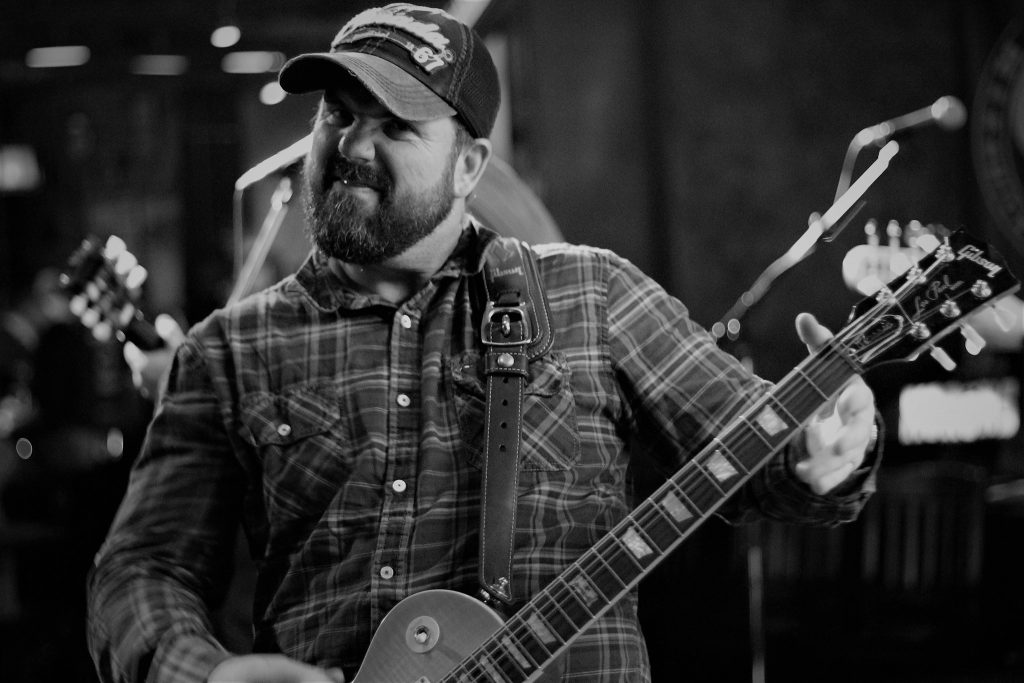 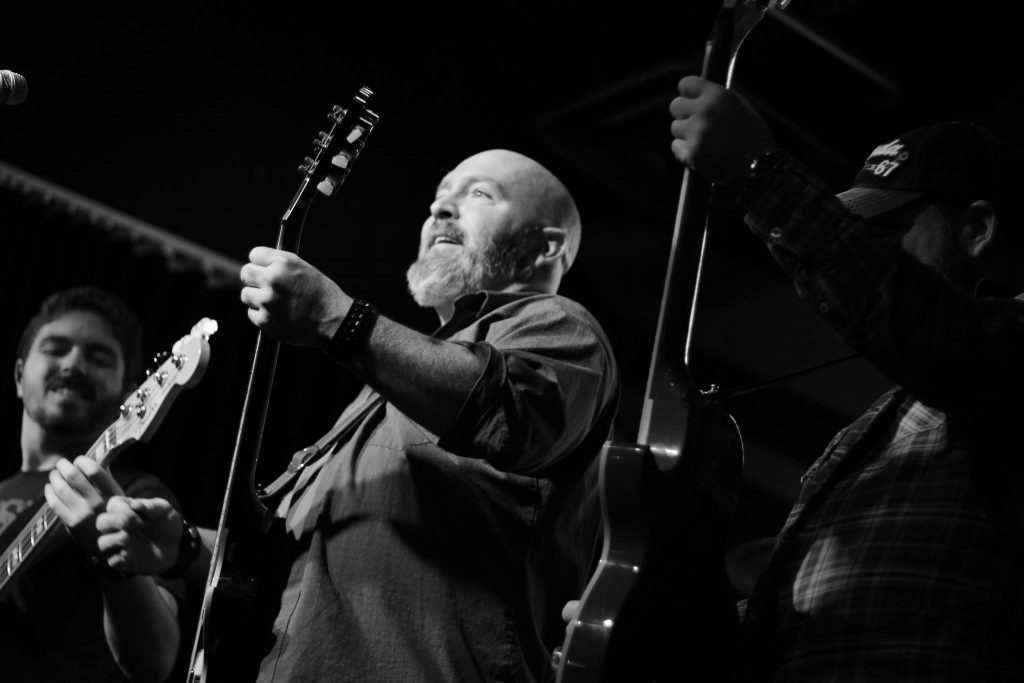 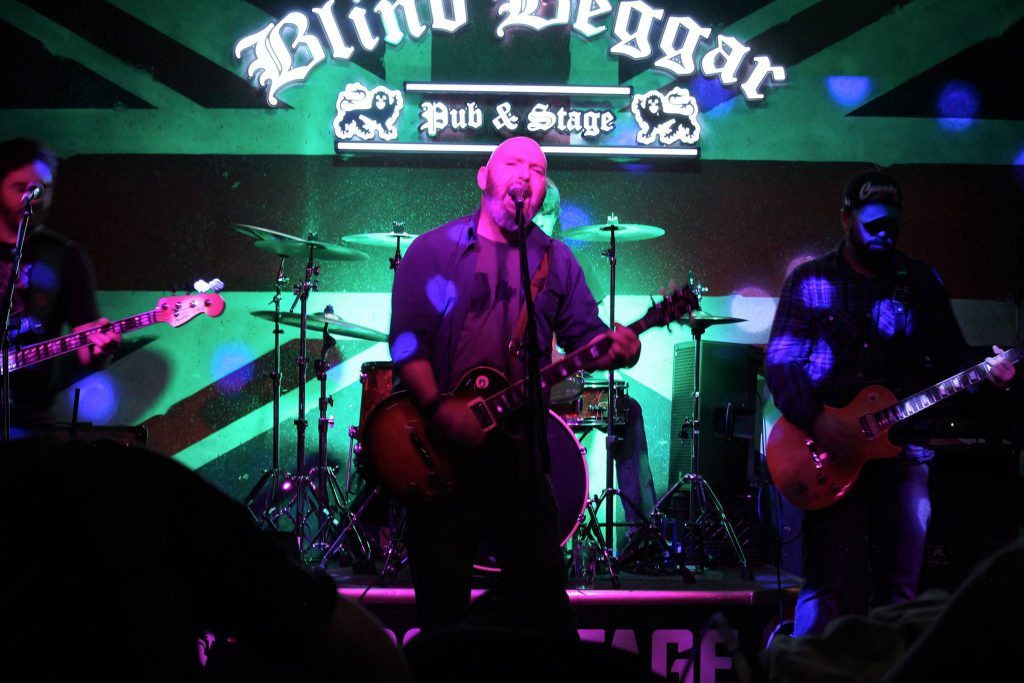 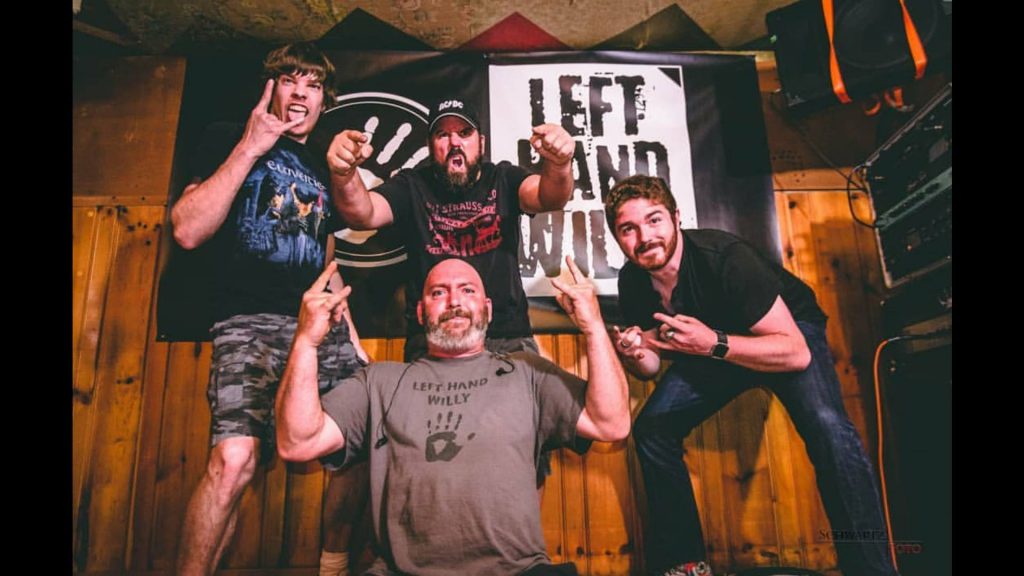 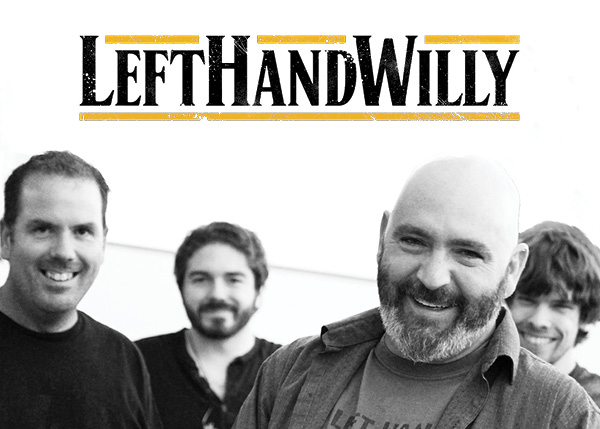 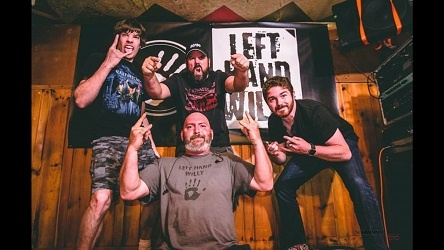 Left Hand Willy emerged on the Calgary bar scene in late 2014 and has been building a loyal fan base through their live performances.

Their music is fueled with hard rock and blues infused riffs that reminds fans of the best days of rock.

Cousins Ray and Stephan have been playing music together since their teenage years in Montreal. Fast forward 15 years to 2014 and after reuniting in Calgary, Canada, and Left Hand Willy is formed with Mitch and Grant.

Left Hand Willy has been receiving rave reviews in the Canada music scene for their live performances and their recorded music. LHW is back in the studio and you can expect more great rock music from Left Hand Willy. 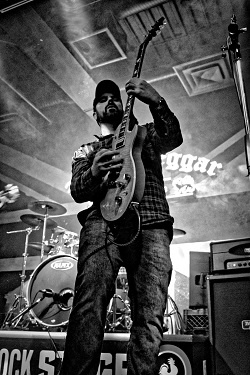 Stephan J. Rodrigue grew up in a religious, church going Christian family. He was exposed to live music every week for much of his childhood. Twice a week he would attend Pentecostal community church, and would watch the band play on stage while the audience dance and sang the lord’s music.

His love of music extended beyond gospel and Stephan eventually fell in love with Rock & Roll.

After hearing what Stephan considered to be one of the most melodic guitar solos performed by Slash, Sweet Child of Mine by Guns &Roses, Stephan was hooked. How many kids have felt the urge of picking up a guitar because of this song and this guy? Thousands…millions???

Stephan was one of them. Stephan’s guitar style is hard rock with a good foundation of blues. Heavily influenced by Slash, Joe Perry, Keith Richards and Stevie Ray Vaughan.

Fast forward 15 years, Stephan and his cousin Ray decided to form Left Hand Willy, and quickly joined with Mitch and Grant to hit the stage again. Stephan is dedicated to Left Hand Willy, playing lead guitar and focusing on the creative aspect of the music. 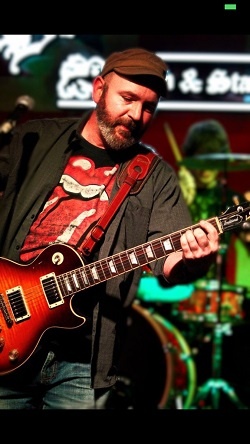 Born in Montreal, Quebec, Canada, Ray loves many styles of music and is heavily influenced by many such as Creedance Clearwater Revival , The Rolling Stones , Guns and Roses, and Metallica.

Around the age of 16, Ray started playing guitar with his cousin and fellow Left Hand Willy band member Stephan Rodrigue. 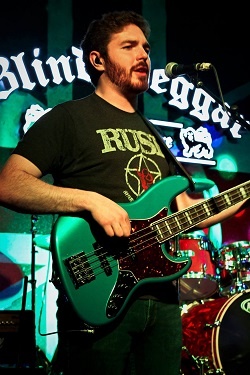 Grant was born in Calgary AB, and raised in the small town of Carseland AB.

He was constantly surrounded by the sounds of AC/DC, Black Sabbath and the Beatles.

However, it wasn’t until high school that he discovered musical instruments, and more specifically, the bass guitar.

Around the same time, he discovered Rush and Geddy Lee’s amazing bass work. This inspired Grant to become the best that he could be at the bass guitar and to pursue his musical passion.

Grant played in a few “garage” bands until he joined Left Hand Willy in August of 2017. Together with LHW drummer, Mitch Mehle, Grant is hoping to make the rhythm section as interesting and exciting as he can. 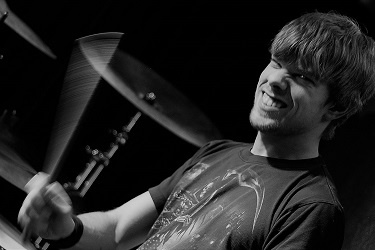 Mitch formed a “garage” band with some high school friends before graduating.

In 2014 he studied Popular Music Performance at BIMM (British and Irish Modern Music) in London, England, and performed with other students in the program. He received his diploma after one year of studying at BIMM.

Upon returning home from his music studies in London, Mitch saw an advertisement from a band in Calgary that was in need of a top notch drummer. He packed up some gear and hit the road.

Fifteen minutes into the audition for Left Hand Willy and the guys told him "we want you". That very night was the first gig with LHW and Mitch has been with the band ever since.